Some argue that if a child is too lively or too distracted, if he doesn't follow direction or fidgets too much, he could be suffering from "Attention Deficit Hyperactivity Disorder", and therefore needs to be "treated".

The Fad of “Hyperactive = Sick”

What we once called a lively kid, today is called "hyperactive". If he is too distracted, then he is diagnosed as "attention deficient". What not everyone is aware of is that hyperactivity and attention deficit are conditions that were not discovered, but rather that were decided in to existence by a vote.

As if by voting we could also decide that cholera were a disease or not!

Some proponents of the existence of ADHD, claim an incidence of 2% of all children as "sick". Others speak of 4%, possibly 9%, maybe 12%, and even up to 15%. And what's more, these inconsistent results were constructed with a mass media marketing strategy, and the involvement of institutions, representing clear conflicts of interest, whose aim is to increase the numbers of diagnoses, and consequently those of the related prescriptions for "cures".

As a result, millions of children are now regularly prescribed such psychiatric drugs as Ritalin, Adderal and Strattera for Attention Deficit Hyperactivity Disorder. These are amphetamines that are classified as narcotics. 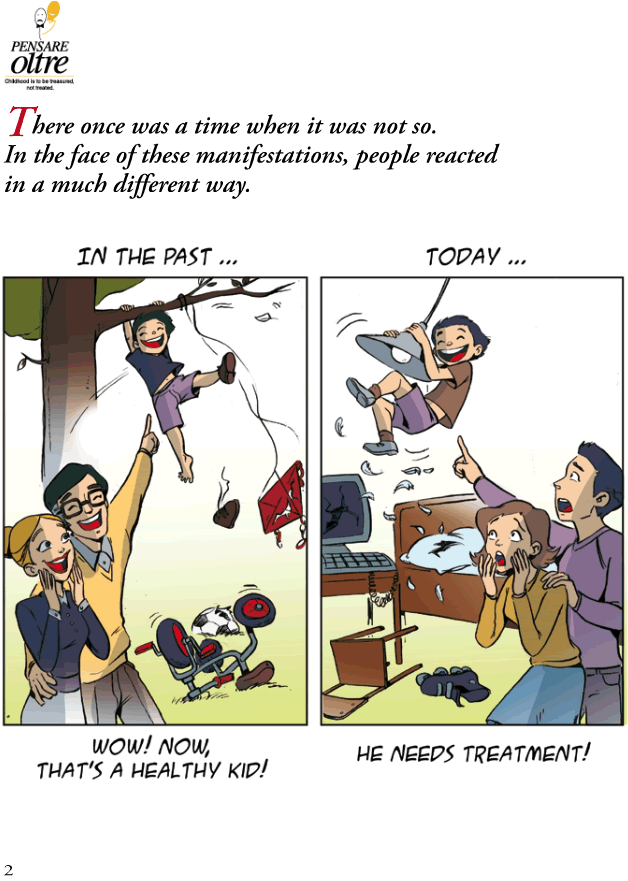